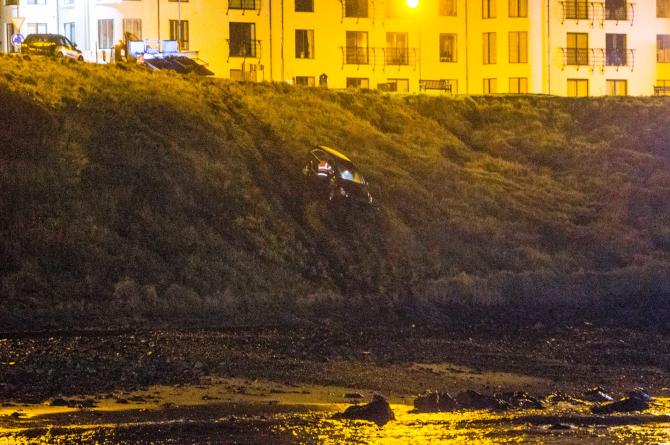 The scene in Portballintrae where a car plunged over the cliff edge onto the beach below on Monday night. Picture: Steven McAuley/McAuley Multimedia.

A 44-year-old woman has been charged with drink-driving after her car plunged over the side of a steep embankment near the beach in Portballintrae, Co Antrim, on Monday night.

The emergency services were called to the scene on Bayhead Road shortly after 8pm.

Firefighters made the vehicle safe while the woman driving the car was treated by an ambulance crew.

The woman is expected to appear at Coleraine Magistrates Court next month. All charges will be reviewed by the Public Prosecution Service. She is not thought to have been seriously injured.