From 26 stone to 26 miles...Brian insists that hard work pays off 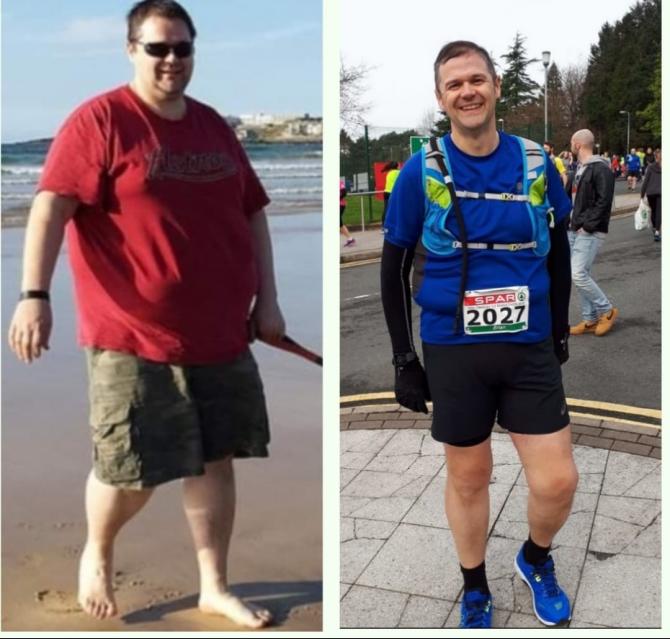 A complete transformation as Brian shares a photo of his weight loss over the last five years.

AN AGHADOWEY man has spoken of his “shock and disbelief” at being nominated for the Spirit of Running Most Inspirational male runner award.

Brian McCloskey, who works as a building supervisor at Sandelford School, is one of nine runners who have been shortlisted for the award.

This is the inaugural year of the Spirit of Running Gala Awards Night, which will take place in the Armagh City Hotel on February 29 next year.

Speaking to The Chronicle, a modest Brian admitted he was taken aback by his nomination.

“When I found out I was nominated I had a feeling of both shock and disbelief,” he said.

“I have found out that it was some of my work colleagues at Sandelford School who nominated me and I only found out when everyone started to contact me when the finalist list was released online.

“Being nominated is definitely more than I ever thought possible.”