It's a trip of a lifetime for fundraiser Harry and family 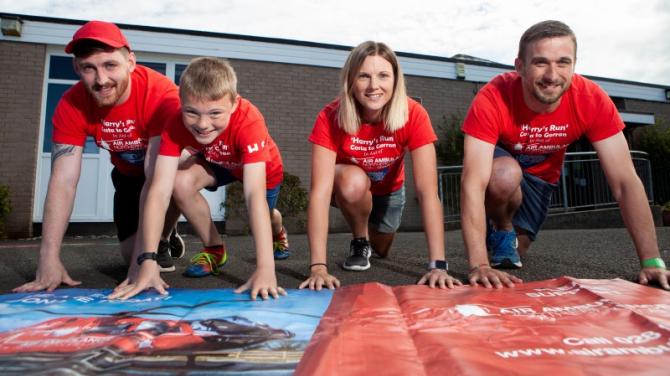 A BIG-HEARTED Garvagh schoolboy, who ran 12km to raise over £10,000 for Air Ambulance NI, has been recognised for his achievements at a national awards ceremony.

The coveted accolades recognise exceptional people across the UK helping to save and improve lives.

On their return, Harry's mum Caroline told The Chronicle: “Harry didn't win the overall award but he was recognised for his achievements. It was a trip of a lifetime and an amazing night; we are so proud of him.”