Garvagh schoolboy in the running for national award 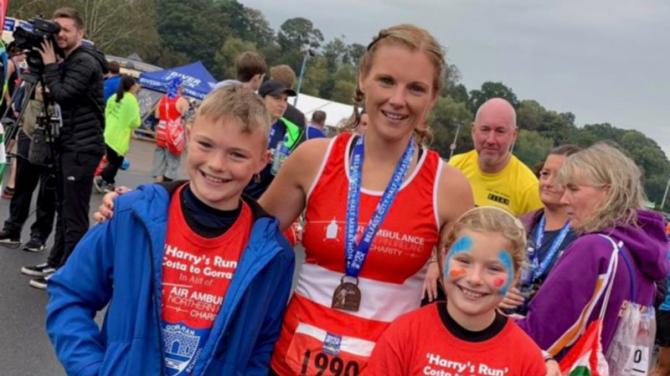 A KIND-HEARTED Garvagh schoolboy, who ran 12km to raise £14,000 for the Air Ambulance NI and Gorran Primary, has been nominated by the charity for a national award.

A huge crowd turned out to support Gorran pupil Harry Smyth in June when the super-fit youngster completed his fundraiser in memory of his father, the late Peter Smyth, who lost his life in a road accident at Drumcroon Road, on the outskirts of Coleraine, earlier this year.

Harry was determined to continue in the fundraising footsteps of his father, who supported many organisations within the local community, and now Harry, Ellie and their mum are volunteers for the Air Ambulance NI.

Now Harry has been shortlisted for the outstanding young person award in the 2019 Air Ambulance Awards of Excellence which recognise exceptional people across the UK helping to save and improve lives.

Harry and his family will be travelling to London with other members from the Air Ambulance team for the awards finals ceremony on November 18. Harry was nominated by north coast fundraising manager Michelle McDaid.

Kerry Anderson, Head of Fundraising from Air Ambulance NI said: "We are so appreciative of the support from Harry and his family, particularly in difficult circumstances.

"Harry is a clear winner and his fundraising is helping to save lives and offer the best chance of survival to trauma patients."

* For full story see this week's Coleraine and Ballymoney Chronicles which are now on the shops.