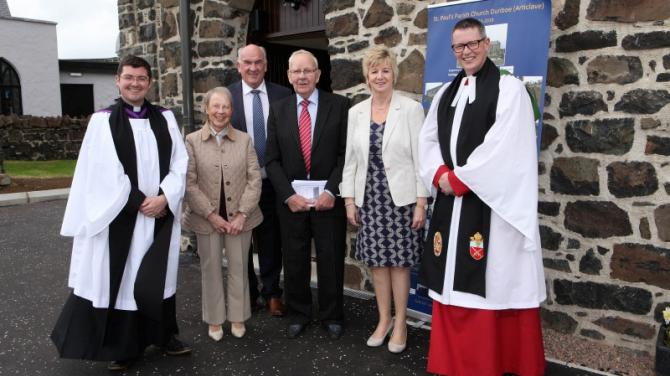 ST. Paul’s Church, Articlave, was filled to overflowing on Sunday, September 8, for a Service of Rededication.

It marked the re-opening of the church following its closure for the past six months to facilitate reconstruction of the tower, re-roofing of the entire church and repointing and plastering of the exterior.

The balance, apart from a £15,000 donation from the Garfield Weston Foundation, had been raised by fundraising and donations from parishioners and friends.

The Service of Rededication was led by Archdeacon Robert Miller and the sermon preached by the parish’s Rector, Rev. Chris MacBruithin, who was only instituted on the previous Friday evening.

Archdeacon Miller praised the efforts of all who had been involved in the project not only to save the church building but to preserve the heritage associated with it.

Following the service those attending enjoyed refreshments in the church hall.