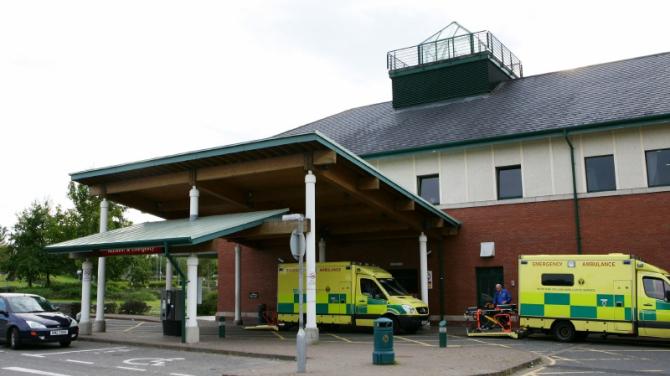 A CORONER has warned of the dangers of smoking during pregnancy after finding that maternal smoking contributed to a baby's death at Causeway Hospital.

An inquest at Coleraine Courthouse heard how Ben Gerrish had died on January 22 last year, just hours after his mother was sent home from the Coleraine hospital.

When Heather Downs returned that same evening, after Ben's father Jonathan Gerrish called an ambulance, their baby was in a “very poor condition” and attempts to save him failed.

Coroner Joe McCrisken said last week: “Ms Downs smoked during her first pregnancy and continued to smoke during this pregnancy. I am satisfied both that maternal smoking causes harm to a fetus and that medics informed Ms Downs that smoking could harm her baby.

“When a mother inhales the contents of a cigarette the many chemicals and carbon monoxide are pased to the baby via the placenta. The baby will receive less oxygen and may have less of a reserve to cope with birth.”

The Coroner recorded the cause of Baby Ben's death as fetal hypoxia due to placental insufficiency with intrauterine growth restriction due to maternal smoking and E coli infection.

He pointed out that three babies are stillborn or die within the first four weeks of their life in Northern Ireland, adding: “Northern Ireland is the only country in the world that can hold full inquests into stillbirths. This means that we have a real opportunity to take a lead in investigating the causes and preventing further deaths.”

Expressing condolences to Baby Ben's family, the Coroner said: “I imagine this hearing has been a pretty horrendous experience, as has been the last 18 months. I hope that some of the questions you had have been answered.”

*Read the full details inside this week's Chronicle.