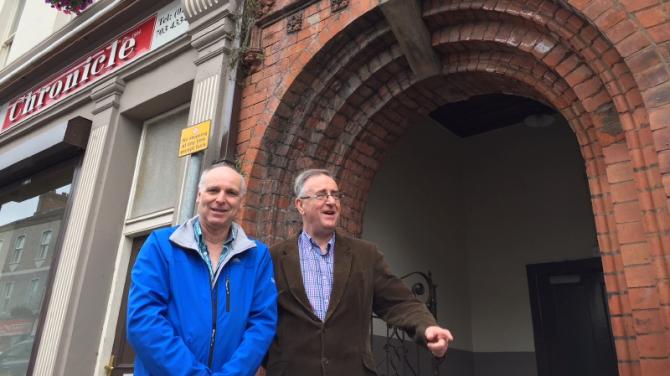 THE Ulster History Circle is seeking to erect a blue plaque to commemorate Coleraine journalist and song collector Sam Henry.

If the necessary approvals are received, the iconic disc will be installed on the Chronicle building in Railway Road.

Sam Henry is best known for collecting folk songs via his column 'Songs of the People' in the Northern Constitution throughout the 1920s and ‘30s.

His place in history was secured with the folk revival of the early 1960s which saw a renewed interest in traditional music across the world - and pressing demand for authentic songs.

Working mostly within a 20-mile radius of Coleraine, he collected more than 800 songs.

Critics say his collection is particularly interesting, as it reflects how the Ulster song tradition was a blend of the English, Irish and Ulster-Scots traditions and because he collected from all sides of the community.