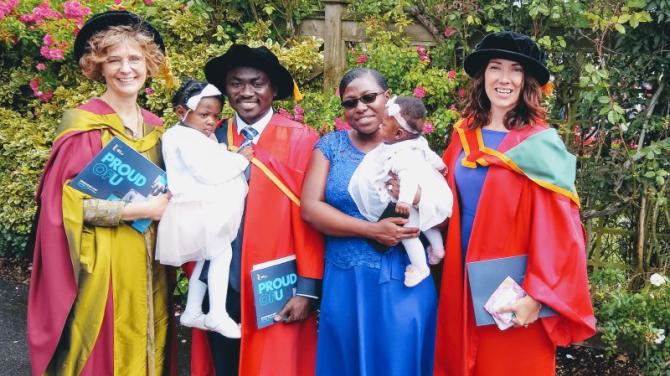 A COUPLE who travelled all the way from Ghana to Coleraine are returning to their native land with a Doctorate and two healthy daughters.

After choosing Coleraine over other centres of academia, Michael Ntodie, 24, commenced his studies at UUC in October 2015.

His wife Rose, 20, followed in March 2016 and Chloe was born the following year. In March this year Louise arrived.

With the support of his academic guides and advisors, Michael was among Doctor of Philosophy graduates at the UUC's recent graduation ceremonies.

The Ntodie family will be leaving their rented Millburn Road home later this month to return to Ghana and start a new chapter of their lives with their children.

Michael, who has already secured a lecturing job at Cape Coast University in Ghana, told The Chronicle: “Coming to Coleraine was a big move but it offered me the opportunity to advance my knowledge and also start our family life."