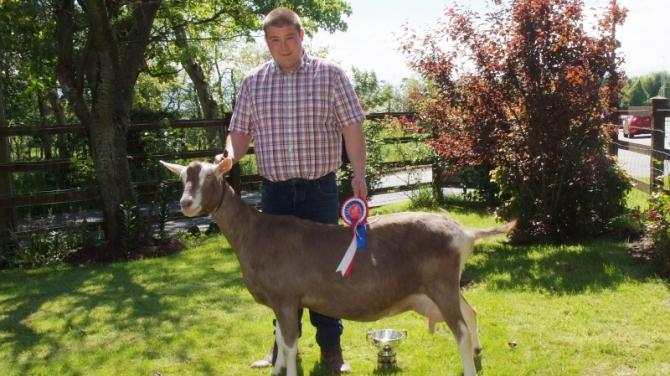 LOCAL farmer Marcus Galbraith has said that he was “over the moon” when his goat was crowned ‘Best in Show' recently at the Balmoral Show.

The annual agricultural show is the pinnacle in terms of events within the farming community and Marcus admitted that winning the competition for the third time was extra special.

Thousands of people visited a sun-drenched Balmoral Show a few weeks ago to marvel at many of the pedigree animals on display, amongst other things, and, to pick up some tips from accomplished breeders like Marcus. You may have witnessed some of the footage doing the rounds on social media of a mass-brawl at Balmoral, however, this story, is a true representation of what the event is all about.

Speaking to the Chronicle, Marcus said: “It was a great achievement to win for a third time because, as far as I am aware, nobody has ever won three-in-a-row.

“It is a massive competition with a lot of other top-grade animals but I was delighted that we got our third title,” he added.