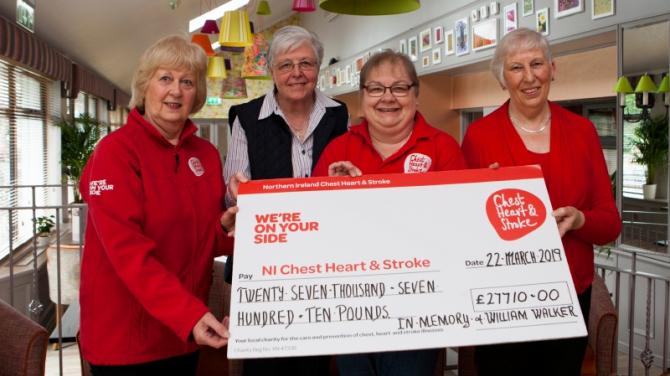 A PORTRUSH family has recently reached an impressive £27,000 milestone in their tireless fundraising in memory of their beloved late son William Walker.

William was born with a heart defect and was due to have an aortic valve replacement within a few weeks when he collapsed and tragically died, aged just 25.