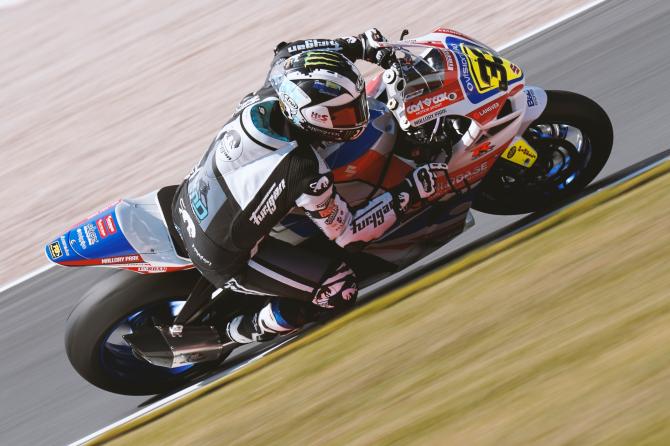 MICHAEL Dunlop will return to the Hawk Racing and Buildbase Suzuki fold this weekend, the 19-time Isle of Man TT winner partnering Gino Rea aboard a GSX-R1000R superbike at Oulton Park for the ninth round of the Bennetts British Superbike Championship.

Dunlop – who won the 2017 Senior TT for the team on Suzuki machinery – will be the latest stand-in rider for the injured Danny Kent, as he recovers from injuries sustained at Donington Park earlier in the season.

Team manager, Steve Hicken, commented: "We’ve always maintained a close relationship with Michael and have enjoyed plenty of success together, especially on the roads.

"With everything that’s gone on over the last 18 months or so, we were more than happy to welcome Michael back into the team this weekend to not only maintain our presence with two superbikes on the grid, but also help give him some more track time."

Dunlop will partner Gino Rea in the superbike class, who will be looking to build on two positive weekends at Snetterton and Silverstone, while Tim Neave will head to Oulton Park buoyed by his victory at Silverstone.