Taken from The Chronicle's 2019 NW200 preview, the legendary Philip McCallen shares his memories of a dramatic day on the north coast 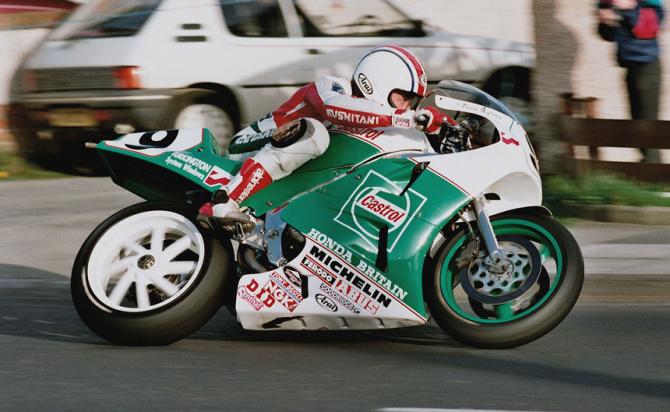 IN motorcycling circles, the name Phillip McCallen needs nothing by way of explanation.

Small in stature, but big on talent, his ability on two wheels was apparent to road racing purists from an early age.

So often we look back over the ‘glory days’ of road racing and battles on the national scene during the nineties and McCallen was always there, or thereabouts.

Tight and twisty tracks such as Carrowdore, the Temple 100 – even Cookstown and Tandragee - is where McCallen made a name for himself in the early days, battling it out against some of the best there ever was.

Putting all of that aside, the county Armagh man boasts an accolade which nobody else can - five wins in one day on the international stage at the North West 200 – a memory which ranks top of his proudest career moments.

Twenty-six years on from that historic day, McCallen admitted that the realisation of his achievements at the North West 200 on that sun-drenched day back in May ’92 only really hit home long after his retirement.

“It is a special memory to hold on to," he admits.

"At the time we called it a good day’s work and, to be honest, it was exactly that.

“It is only now, really, when I am older and retired from racing that it means even more to me.

“I didn't realise just what it was I had achieved because you were going out in one race and winning and then doing the same in the next, and the one after that, because I suppose that was the job in hand,” explained McCallen.

“But each race holds a special memory. I was really fit in those days and I trained really hard all the time.

“I remember being knackered at the end of the day and I only really felt it when it was all over.

“During the last race I felt tired in places but the adrenaline kept me going right until the end and to win the last race of the day at the North West 200 is special.

“The Superbike race is the one that people remember and that is the one everyone wants.

“It was brilliant and at the end of the year you realised that you had done something but then after a while you were back racing again and the five wins went to the back of your mind,” he adds.