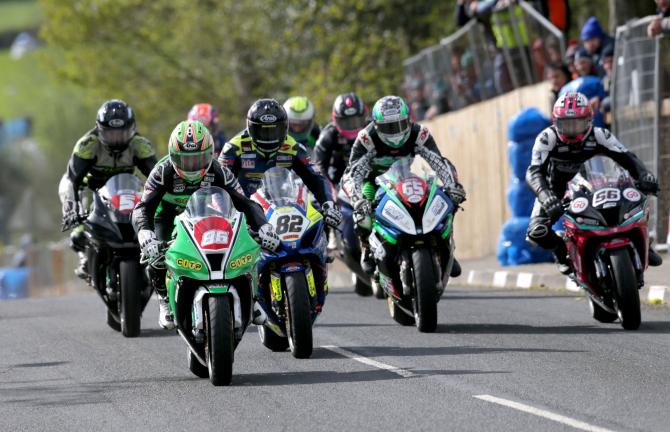 CASH-strapped road racing clubs will have to dig even deeper next season as they strive to keep the sport alive on both sides of the border.

The news comes following doubts that the curtain-raising Cookstown 100 may also be in jeopardy in the future after the Cookstown and District Motorcycle club reported a loss of £20,000 following last year's event, which was threatened by bad weather. Recently, the Cookstown club confirmed that the 98th Cookstown 100 Road races will be held on the 24th and 25th April next year, however, the long-term future of the sport is relatively unknown.

Concerns are growing surrounding the longevity of the sport in general and with the Enniskillen 100 and the Mid-Antrim 150 already confirmed as non-runners for 2020, it indicates worrying times for the sport which has produced many of Northern Ireland's greatest sporting stars.

Rising insurance costs are the principal reason why clubs are feeling the pinch and with some of the events off the calender for next season, clubs such as Armoy, North Armagh and Cookstown are likely to be asked to stomp up around £8,000 each to cover the shortfall.

"If the trend continues, our heritage will fade away," said a social media statement.

"With the continuous escalating costs, clubs are finding it much more difficult to raise the necessary funds to organise these events.

"The local Cookstown & District MCC is no different. Following this year's event, which had been threatened by bad weather, hence many punters staying at home, resulted in the club losing £20,000."

Bosses at the Ulster Grand Prix have also revealed in recent weeks that they, too, are in the midst of a financial crisis, and with no confirmation of a race week schedule for next year at this stage, the International calender may also be affected.

Like many of the Motorcycle Clubs, Cookstown and District officials have called on road-racing fans to do more to preserve the future of the sport and have suggested that race fans must contribute by buying a race programme to keep the sport alive.

Tomorrow evening (Wednesday) the Cookstown and District Motorcycle Club will hold a meeting in County Tyrone to discuss the future plans for one of Ireland's most historic road races as it edges towards its 100th anniversary.

*Read all the latest motorcycling news inside the Chronicle.