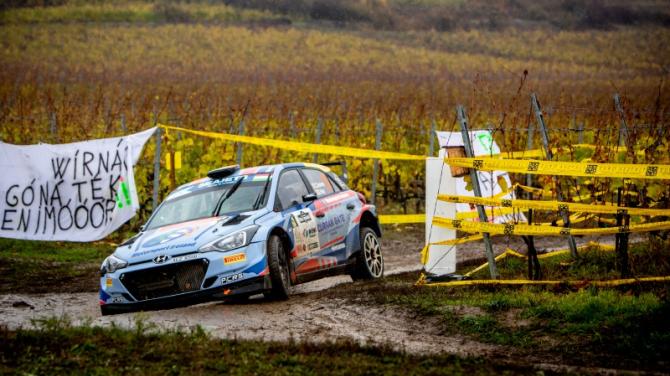 CALLUM DEVINE believes the European Rally Championship is the “logical step” in his career as a lead privateer following a sensational podium finish drive in the series’ top division.

Devine made his debut at the sharp end of the competition on this month’s Rally Hungary where he finished third despite puncturing twice on the second day and dropping down to eleventh.

His case for a podium finish was aided on the closing stage, however, as ERC champion Chris Ingram picked up a puncture in his Toksport WRT-prepared Skoda Fabia 11 kilometres from the finish.

The 25-year-old’s trip to the eastern European country was made possible with support from Motorsport Ireland’s Rally Academy as well as Hyundai Motorsport’s Customer Racing set-up.

“Being here next year is definitely the plan. Some things have to fall into place for us but this is our main priority now."