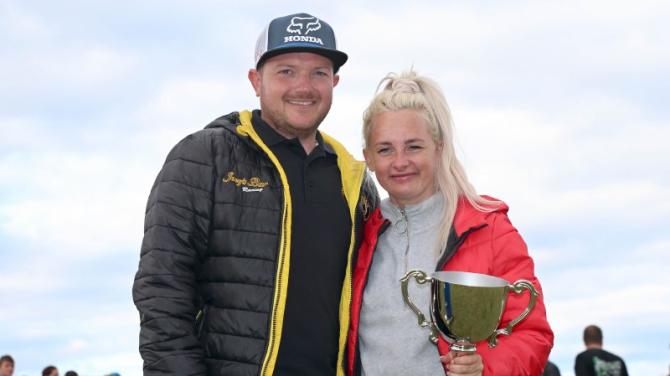 RECENTLY crowned Irish Moto3/125cc champion Gary Dunlop says that he will be “giving a big push” next season to try and sustain the future of road racing in Ireland.

The Ballymoney man claimed a coveted championship victory at the final meeting of the season at Killalane in the final round of the championship. Dunlop came home in third place behind Sam Grief and his partner, Melissa Kennedy, who claimed her first-ever win on the National circuit.

Derek McGee was the runaway series leader at the start of the season on the Faraldo Racing ex-Grand Prix machine, however, he failed to finish the full season which left the door open for the rest of the field. Dunlop had a total of four race wins on course to his latest success, something which he is hoping will spur the sport onto greater things in the coming seasons. It has been well publicised this season that road racing is at a crossroads, however, Dunlop revealed that he has big intentions for 2020.