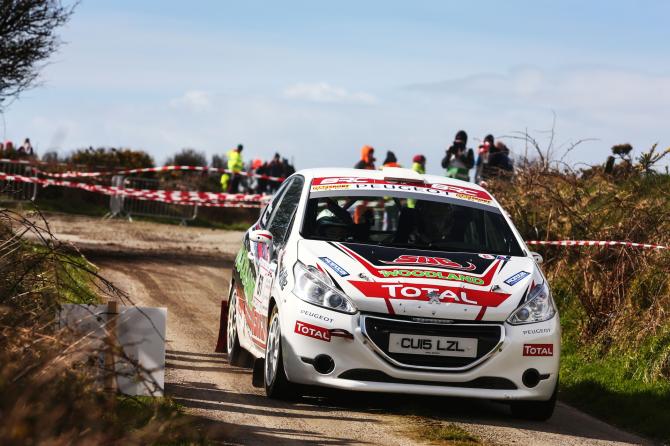 Josh McErlean mastered tricky conditions to win the second round of the JBRC at the West Cork Rally.

KILREA driver Josh McErlean believes his win in the second round of the Junior British Rally Championship is the catalyst he needs to fight for this season's title.

Following a number of disappointments and near misses, McErlean finally came good at the West Cork Rally, winning the R2 class by more than 30 seconds.

"There have been some late nights clocked up since my days in the Junior 1000 but weekends like West Cork make it worthwhile," he admitted.

The weekend victory sees McErlean joint top in the drivers' standings with round one winner James Wilson on 37 points.

For the full story and exciting news about the Maiden City Stages rally get this week's Chronicle.