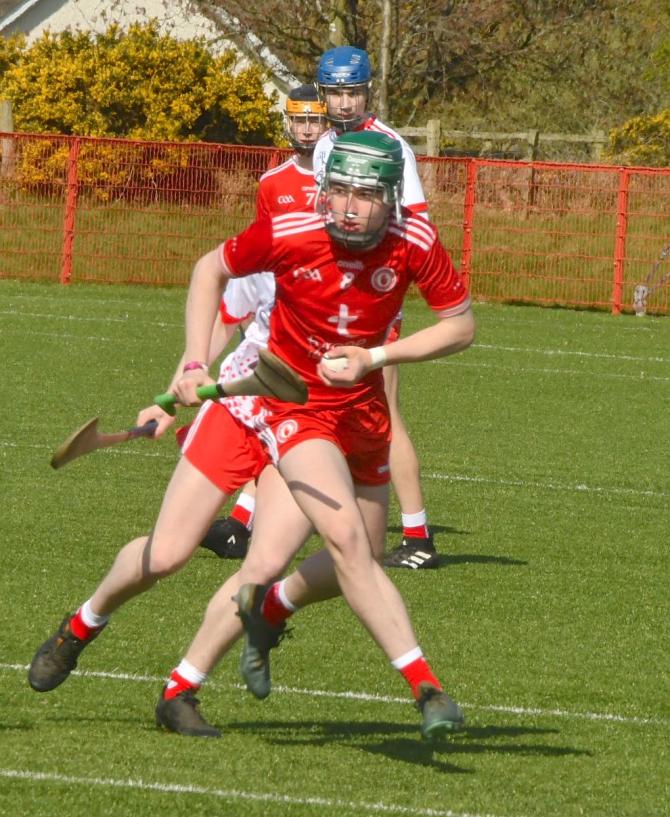 THE first game of the Minor Hurling season, played in glorious conditions in Owenbeg was a cracker.

Derry took the lead after a minute of play from wing forward Michael Murray. This was soon cancelled in great fashion by the visitors with Tiernan Cox getting onto a long breaking ball into the Oakleaf square and pulling the sliotar to the net.

After another point from Tyrone, then Derry midfielder Eoin McCallion sent the ball straight to the Tyrone net from a long-range effort.

The visitors responded well with 1-2 from corner forward Cain Ferguson before Slaughtneil duo Shéa Cassidy 1-2 and a Ryan McPeake point had Derry back in the game.

In the last 10 minutes of the first half both teams traded points again before Ferguson hit another 1-1.  Derry substitute Aidan Cutliffe hit a point in reply after a great passing movement from the Derry puck out.

The home side kept the pressure on and a long ball into Kosta was controlled on the hurl before sending it to the back of the net.  Cassidy follow the goal up with a free from 45m to leave the game 3-6 each at half time.