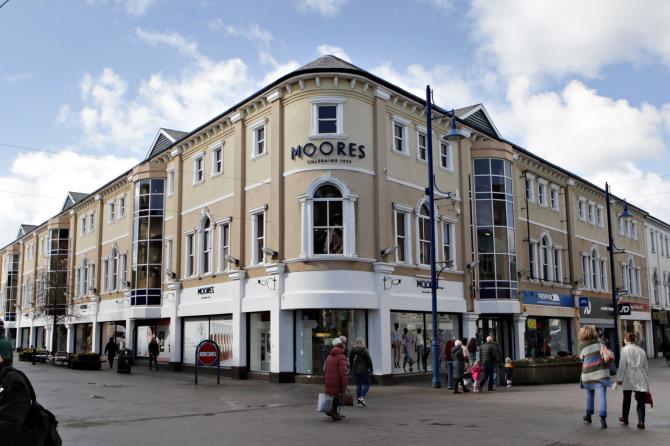 Moores of Coleraine where quick-thinking staff gave chase and followed shoplifters out onto the street. Photo: Ciaran Clancy.

One of the thieves - Neil Francis Blaney, of Grove End, Coleraine - has been jailed for 16 months for a catalogue of theft, drug and driving offences.

The 40-year-old appeared by video link from Maghaberry prison before an online sitting of Coleraine Magistrates on Friday, April 8.

Blaney was also being sentenced for stealing three bottles of perfume valued at £147.50 from a local chemist's shop on December 3 last year.