Coleraine reflects on rich history as it makes official bid 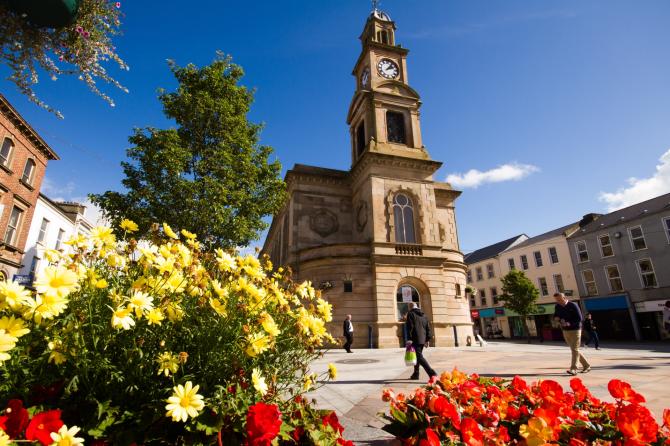 Coleraine Town Hall, which serves as a focal point in the Diamond area, was originally built as a market house by the City of London surveyor in 1742 before it was rebuilt as the present day building.

COLERAINE, the site of the oldest known settlement on the island of Ireland, has officially submitted its bid to be declared a city.

The application, made by Causeway Coast and Glens Borough Council, is part of a UK-wide civic honours competition to mark HM The Queen’s Platinum jubilee in 2022.

Home to Mountsandel, where Stone Age hunters are thought to have lived almost 10,000 years during the early Mesolithic period, the town is hoping to add ‘city-status’ to its list of credentials which also includes historic links to St Patrick, football legends and Olympic heroes.

As the largest town in the Causeway Coast and Glens destination, it enjoys a central position in the tourism hub surrounded by a UNESCO World Heritage site at the Giant’s Causeway as well as four distinct Areas of Outstanding Natural Beauty.