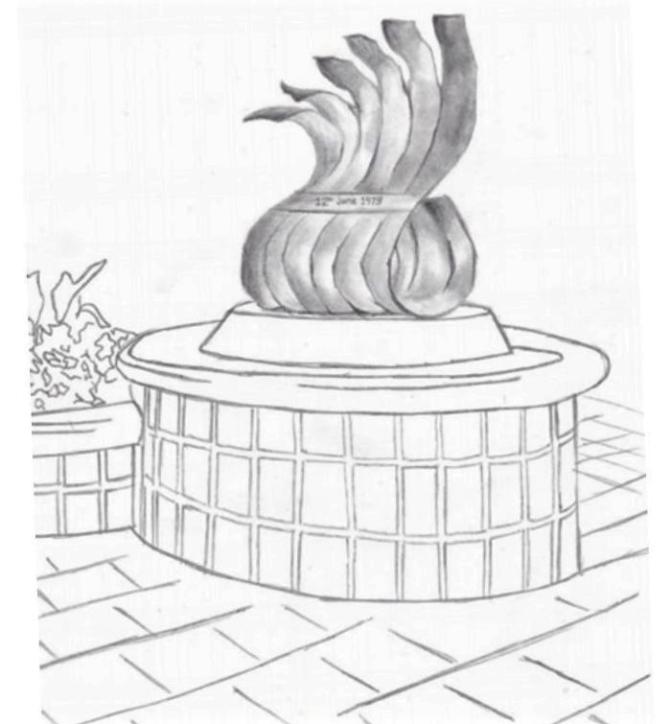 An artist’s impression (inset) of the Coleraine Bomb memorial to be installed at the town hall.

COUNCIL planning officials have recommended approving proposals for two memorials to the victims of the 1973 Coleraine bombing.

The plans include a stainless steel sculpture installed outside the Town Hall and a granite plaque set into the pavement near the blast site in Railway Road.