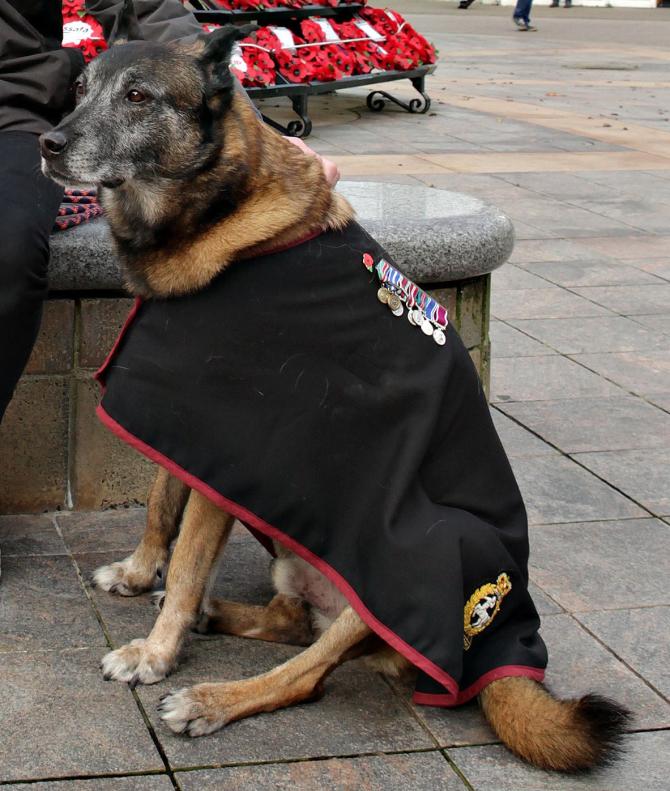 AFTER a distinguished 10-year armed forces career hunting explosives and guarding VIPs, all he asks is a daily run along on the beach.

But, for the owners of Zadar, the ex-service dog, more appropriate reward is required.

Zadar retired two years ago with tours in Kosovo, Afghanistan and a long spell with the Royal Gibraltar Police under his belt.

He arrived in Coleraine during the pandemic when his new owner decided to move away from London.

Last Sunday he paraded along side the Royal British Legion to the town's war memorial.