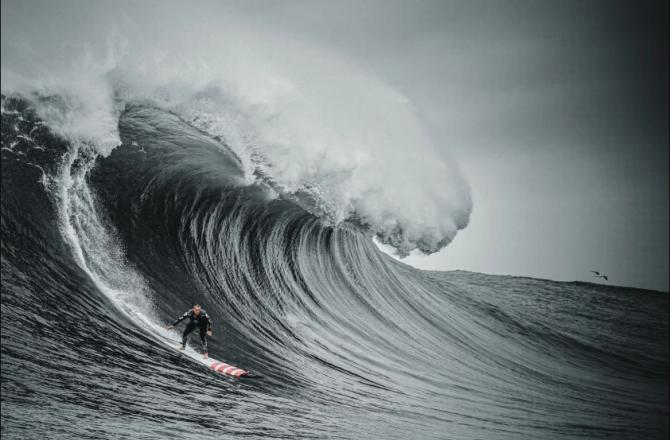 The six-part 100 Foot Wave series intimately captures the decade-long odyssey of surfing pioneer Garrett McNamara, as he seeks to conquer the biggest wave ever ridden.

Included is the epic unsung story of how he enlisted Castlerock's Al Mennie for help.

Established big wave star McNamara travelled to Portugal in 2010 convinced its rugged Atlantic coastline was capable of serving up monster swells that could see him set a new record.