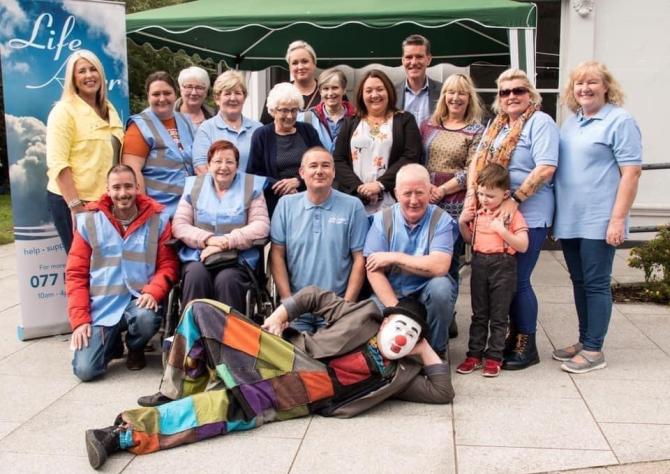 Dedicated members of road traffic collision support group Life After who are delighted at the achievement of charity status.

DEVOTED community group which provides support, encouragement and hope to bereaved families borough-wide following a road traffic accident have been acknowledged as a registered charity in Northern Ireland.

Life After was established five years ago in Derry city by Christopher Sherrard, following the untimely death of his father, Wilson, to a road traffic collision on the Glenshane Pass.

Life After played a central role in the campaign to get stop signs placed at a number of junctions on the Gracehill Road, near Armoy after many serious accidents, one of which caused the death of American honeymooner Michael Monroe.

Following the tragic death of her 17-year-old son Keelan to a road traffic accident over eight years ago, Debbie Mullan, a counsellor who lives just outside Limavady, was invited to come on board and join the unique team.