A six-month debate over the council’s flag policy has been resolved in favour of the unionist majority’s position. The Union flag will now fly 365 days per year over key civic buildings. 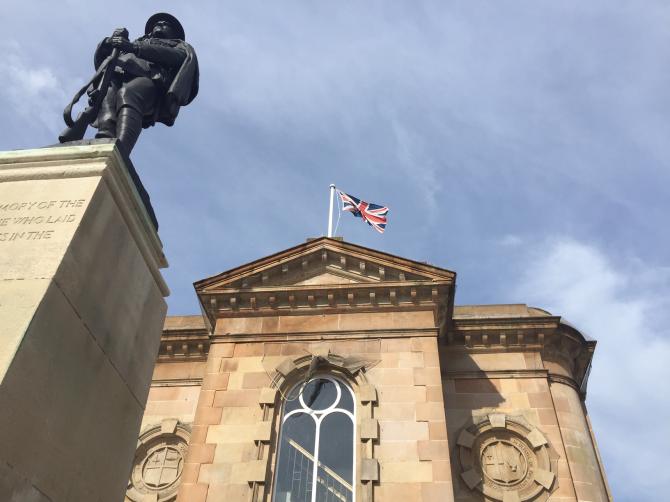 UNIONIST councillors have won their battle to fly the Union Flag over town halls and civic buildings seven days per week.

The bid has been opposed nationalists and republicans since it was launched in May.

Though the DUP and UUP secured a narrow majority in the chamber, the decision was the subject of a legal challenge by Sinn Féin.

On Tuesday, after receiving advice from lawyers behind-closed-doors, the vote was retaken and the decision upheld.