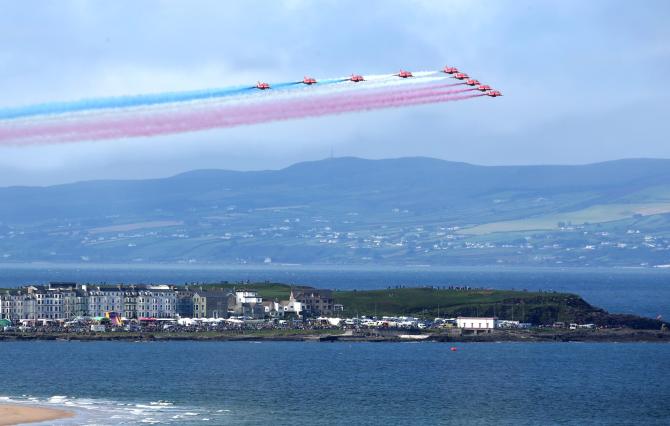 The Red Arrows in a spectacular fly past over Portrush.

THE council's controversial Airshow plans were once again in the spotlight as Sinn Féin demanded to know its cost to ratepayers.

The latest round in the fractious debate came when the party called for an estimate of the show's budget before further work takes place.

The proposal sparked a predictable row that divided the chamber down sectarian lines.

In January the council's unionist majority backed a motion to revive the Airshow in 2022 to mark the Queen's platinum jubilee.