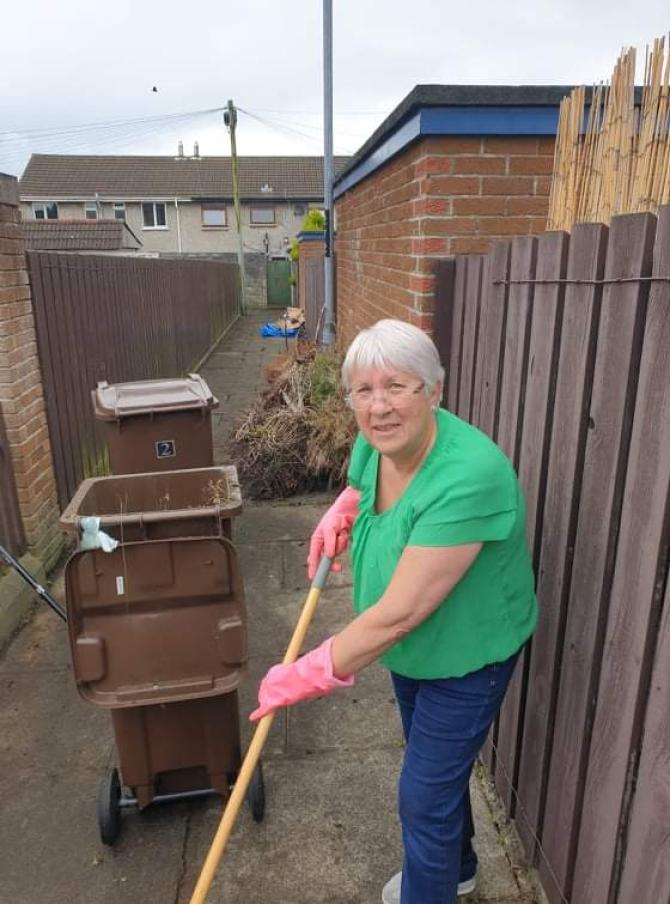 PUBLIC-SPIRITED residents have rallied to transform a neglected alleyway in Coleraine after it became “a dumping ground” during lockdown.

After frustrated householders in Maythorn Avenue, Harpurs Hill, had spent weeks trying to discover who was responsible for the public path on their doorstep, local Councillor William McCandless stepped in to solve the mystery.

Residents' spokesperson Jean Clayton, 69, told the Chronicle: “The alleyway had been left for so long it was covered with overgrown weeds and rubbish as people had started using it as a dumping ground.

“When a neighbour spotted a rat in the alleyway and a bin was set alight we were spurred into action as every agency I had contacted had denied responsibility for its upkeep.