Snake on loose in Ballysally 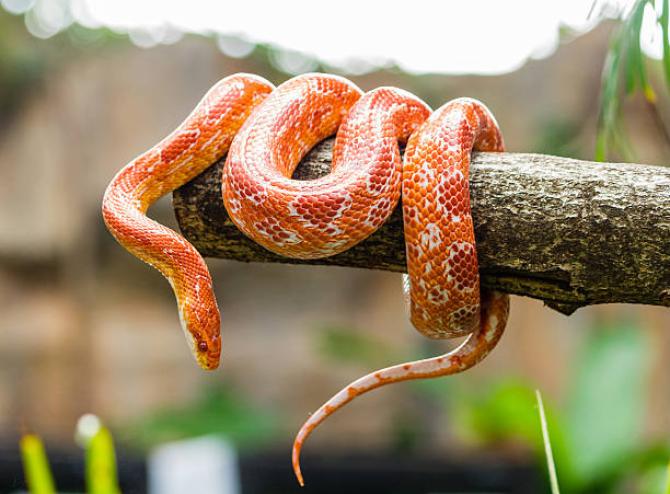 A corn snake similar to the unwanted guest that has taken up residence in a house in Ballysally.

SLEEPLESS nights have become a regular occurrence for a Coleraine family after a corn snake took up residence in their home.

Single mum Joann Montgomery says she is has been at her wit's end since the uninvited guest suddenly appeared in her hot press last week.

The mum-of-five told The Chronicle: “I nearly had a canary when the snake peaked its head out for a few seconds from under the water tank. I've no idea how long it's been there but just want it out of my house or for us to be temporarily re-housed until its found.

“I'd heard a man a few doors away had lost his corn snake about three months ago and he came to try and remove it.