Garvagh man offers to put refugee families up at his farm 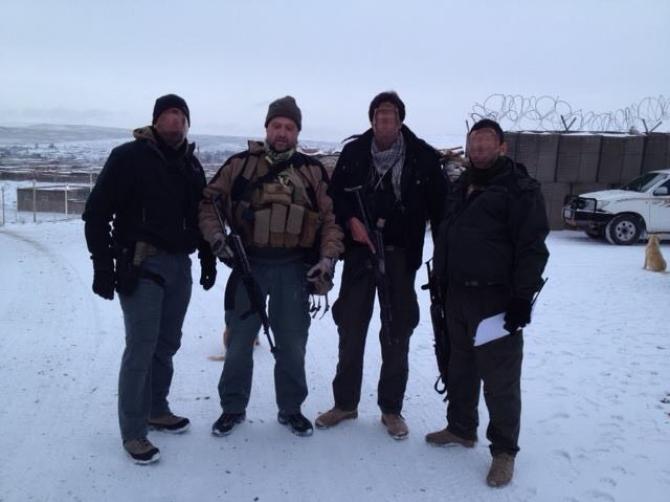 David Buchanan, 2nd left, with Afghan comrades, two of whom are now in hiding with their families in Kabul, with the faces fuzzed out for their safety.

A GARVAGH man in hourly contact with two former Afghan comrades, in hiding with their “terrified” families in Kabul, has blasted the government for it's failure to extract them.

Mr David Buchanan has reiterated his call to Foreign Secretary Dominic Raab to sign a letter offering safe passage passage to the UK, and has offered to put the men and their families up at his farm, until they find their feet.

Mr Buchanan built strong friendships with the two men during 2014, and says he trusted his life to them on many occasions, whilst making dangerous fuel runs to isolated mountainous parts of the country.

“The British Government has absolutely abandoned all sense of honour and dignity,” he said as his letters and appeals to Foreign Secretary Dominic Raab, have fallen on deaf ears.