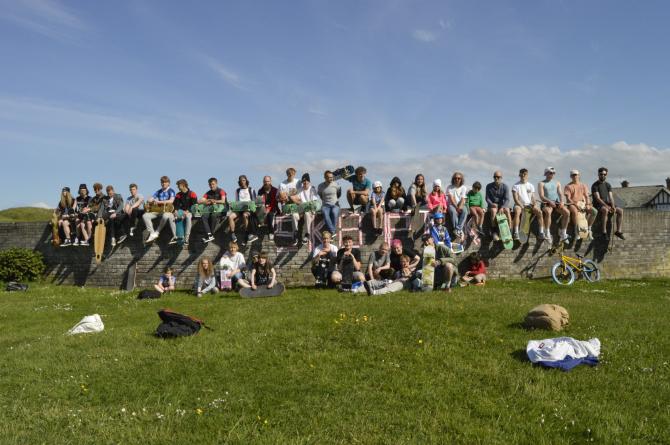 Some of the young people who have been campaigning for a skatepark in Portrush.

Who could forget 13-year old Sky Brown’s flying around the Olympic skatepark in Tokyo on her way to a bronze medal?

The success of skateboarding at the Olympics has only served to ramp up the interest in the sport with more people flocking to skate shops and parks.

However, for the skaters, BMX riders and scootering fraternity on the north coast, it has only added to their frustrations at the lack of an urban sports facility.

So much so a petition - Get Portrush a skatepark - has been started in an attempt to persuade Causeway Coast and Glens Council to develop a suitable park for the ever increasing urban sports fraternity.