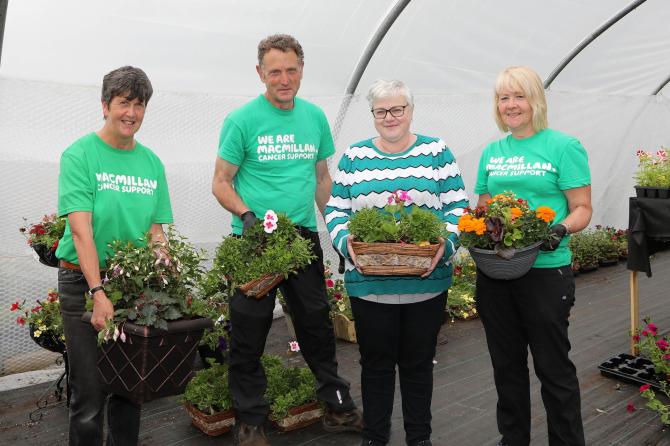 Charity fundraiser Andy McClarty at his latest plant sale with his wife Carol (second from right) and his helpers Margaret Cunningham and Christine O'Kane. WK22-11TM

A GREEN-FINGERED Garvagh grandfather has pulled out all the stops to raise £10,565 for a cause close to his heart.

Andy McClarty, who received a British Empire Medal for services to charity spanning more than two decades, was overwhelmed by the success of his annual summer plant sale, raising a record amount from the popular two-day event.

Tireless fundraiser Andy has lost count of how much he has already raised for worthy causes, after topping £100,000, with Macmillan Cancer Support the biggest beneficiary.