Skating around the issue

Pressure builds on the council over stalled skatepark plans for Portrush 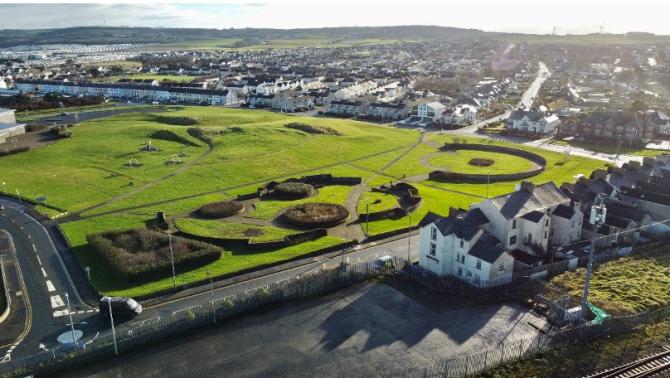 Skaters preferred site for facilities in Portrush, plus evidence of their campaign.

A RENEWED bid for a skate park in Portrush got underway this week when councillors agreed a request for land should, at least, be considered.

Members of the Leisure and Development Committee heard on Tuesday that a group called the Causeway Association of Urban Sports (CAUS) were attempting to reignite plans abandoned in 2014.

They are seeking to lease land at Metropole Park for “the development of urban sports facilities.”

Last month councillors rejected a bid from developers seeking space for an outdoor funfair on four acre portion of the park as part of a scheme that would have also seen the adjacent Dunluce Centre redeveloped.