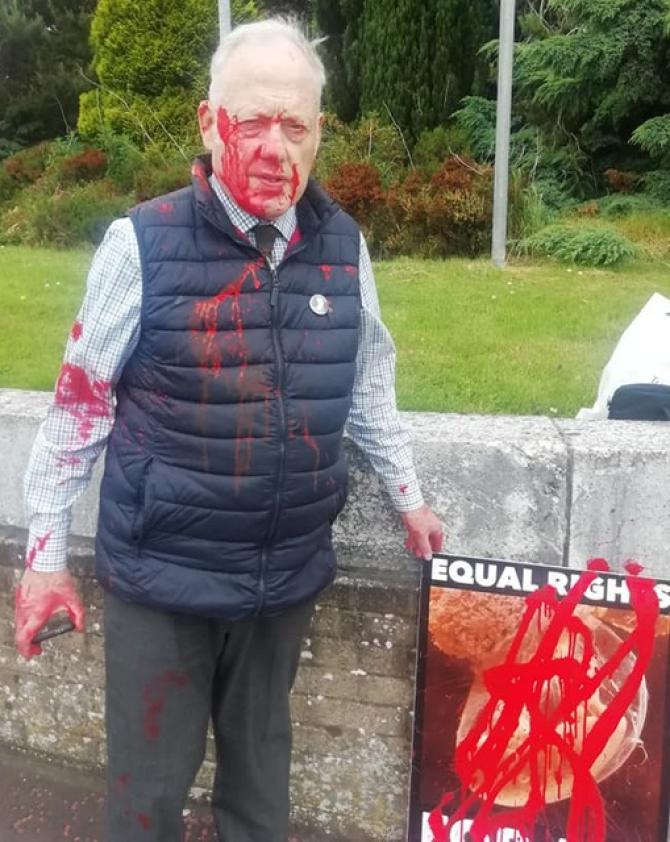 Pro life protestor Raymond Stewart in the aftermath of a paint attack outside a Coleraine Health Centre.

THE Justice Minister has been drawn into a war of words after a pro-lifer was attacked with paint outside a Coleraine health centre last week.

During the incident on the Castlerock Road last Wednesday, Abolish Abortion NI campaigner Raymond Stewart was doused with paint from a juice bottle.

He told the Chronicle the incident was the second time his fellow protestors had been targeted in the space of a week.