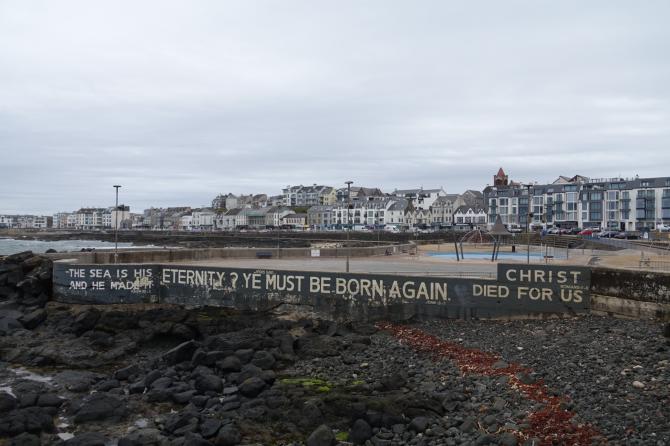 Scripture painted on the sea wall at the Crescent in Portstewart. WK20-006CR

REPAINTING Biblical texts on a publicly-owned sea wall will require careful consideration of rules on religious equality, councillors have been warned.

The advice came after an unnamed individual asked council permission to touch up passages of scripture at Portstewart’s Crescent area.

A similar request in 2018 prompted controversy when approval led to objections from members of the public.

The complaints raised issues of equality, good relations and negative impact in a tourist destination.