The ‘St Andrews of Ireland’ 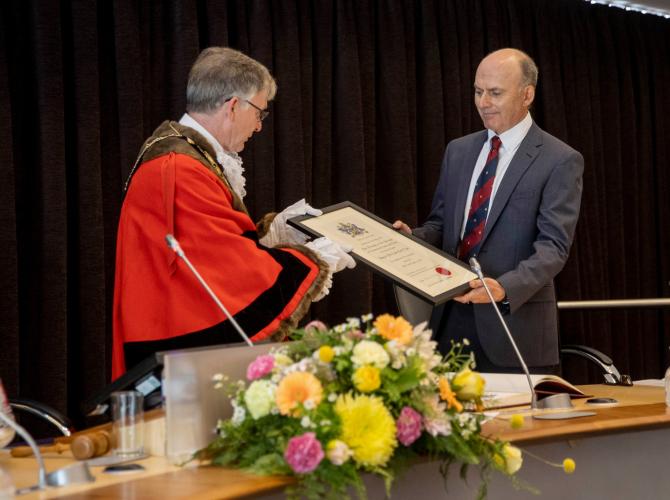 That was the vision laid out by club captain Ian Kerr, as he accepted the Freedom of the Borough on behalf of members at a council ceremony on Friday.

And when 10 year spending plans were complete, it will be “one of the greatest clubs in the world.”