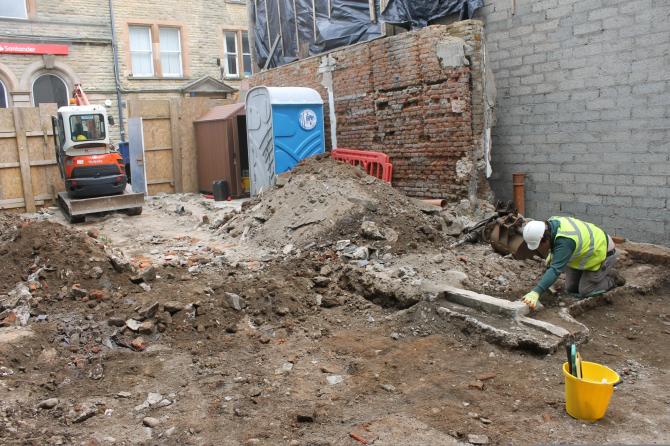 A centuries old skeleton was uncovered on a building site at Abbey Street in Coleraine.

ARCHEOLOGISTS have been examining a skeleton uncovered by builders at a spot once occupied by a Medieval priory.

Though the monks have long since departed, their legacy remains in the name Abbey Street where the bones were unearthed.

They were discovered on a site next to Bishops Shoe Shop by developers of a new optometrists.

Experts revealed the bones are aligned east-west, implying a Christian burial that was likely associated with St Mary’s Dominican Priory.