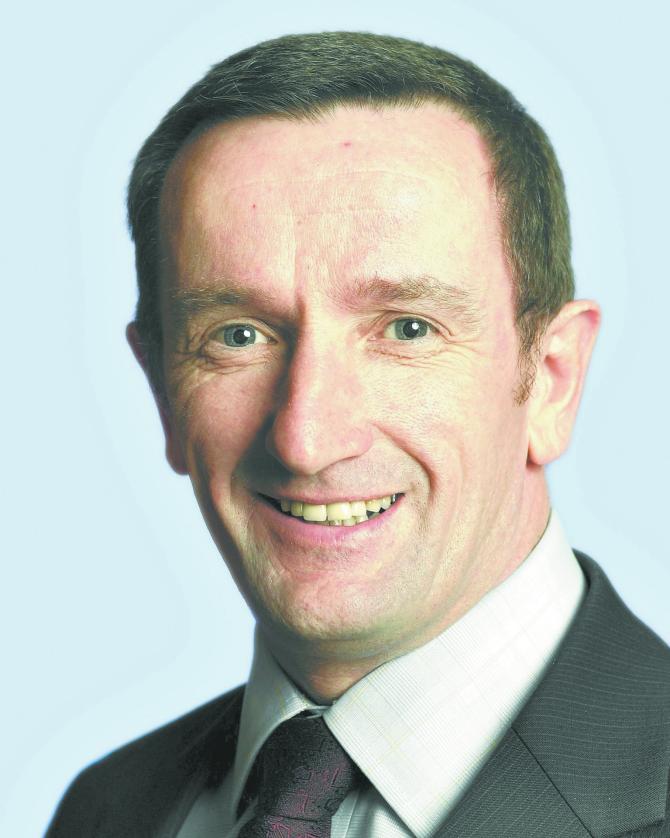 A Coleraine DUP councillor is predicting a flood of visitors to the Causeway Coast area over the Easter holiday period in defiance of lockdown regulations following the outcome of the investigation into the Bobby Storey funeral.

Alderman George Duddy spoke out after a social media post  which appeared on the Police Causeway Coast & Glens Facebook page urging people to stay within the regulations, propmted a raft of dismissive replies from members of the public.

The police message on social media on Thursday said: “As we approach Easter we are asking everyone to celebrate the holiday period at home and in your bubble. By following the regulations and working together we can get back to normal faster”.

Speaking to the Local Democracy Reporting Service, Ald Duddy  said: “Considering the protracted Bobby Storey inquiry and the PPS outcome highlighting there would be no prosecutions, it is now very clear, when you read the most recent post on the Police Causeway Coast & Glens Facebook page, that the public, after having been locked down for some considerable time and having had adhered to the regulations, are at the end of their tether.

“The comments attributed to this post are quite clear the regulations finished yesterday after the ludicrous PPS decision.

“It is quite clear the Chief Constable of the PSNI and his senior management team facilitated an IRA funeral and by doing so permitted a huge gathering of people at a time when lockdown regulations were most severe.

“The Chief Constable must now be held accountable by the Northern Ireland Policing Board for his decision to permit this gathering of over 2,000 people.

“The Chief Constable and his senior management team have let the National Health Service down by their actions, which amount to nothing short of sheer lunacy during a global pandemic.

“The National Health Service have consistently advised people in regards to social distancing and not gathering in large crowds from the outset of this global pandemic. I wonder how they felt when they like so many others witnessed the scenes at Mr. Storey’s funeral. And today after reflecting on the decision of the PPS?

“They must however be congratulated and thanked for their effort and continuing efforts for those who fall ill to Covid-19 and the huge task of administering the vaccine in a bid to help us break the virus.

“Those who have been bereaved and who have followed strictly the regulations must feel a real sense of despair and anger at the outcome of the decision made by the PPS yesterday due to the facilitation of the funeral by the PSNI.

“If only they had been advised by the PSNI that they could have been facilitated in the same manner, to hold a normal funeral, the same way the funeral of Mr Storey was facilitated.

“Maybe it may have lessened slightly their grief, it may have helped with a sense of closure on the death of their loved one and they may not be suffering the mental anguish they have had to endure because they weren’t offered or aware of how to avail of the same facilitation in relation to an IRA funeral.

“The Chief Constable and his senior management team should without delay issue a public apology to all those who have lost loved ones since the onset of Covid-19, then resign without delay. They have managed, when you read the sentiments attached to this post, to have totally lost the public confidence which their officer require to operate across Northern Ireland.

“Community representatives locally have been meeting with senior police over the last eight months. They have been consistently warning the senior police, confidence was at an all-time low within large areas of the Causeway Coast Borough Council area. They requested that the police  reconsider their operational tactics across the Triangle area. The police failed to do so and ignored those requests.

“Yet we see what can only be described as a nonsense post from the Causeway Coast & Glens senior management team.  The PSNI Corporate message is now not worth the time and effort it took someone to type it after the outcome on Wednesday.

“It has and will fall by the wayside because the regulations are not clear. Up to and including Mr. Storey’s funeral the vast majority of people were abiding by the regulations. Even during the most recent lockdown people were doing the same.

“Those regulations are now most likely not going to be adhered to now when it is clear senior government ministers from Northern Ireland are not being held accountable to the law namely the Covid-19 regulations which they endorsed.

“I would advise anybody travelling to the north coast on the back of this tragic and perverse decision made by the PPS and because they are fed up with two-tier policing and double standards, to take the necessary precautions in regards to social distancing and continue to assist the NHS in whatever way possible by staying as safe as possible when in the Causeway Coast Borough Council area,” said Alderman Duddy.