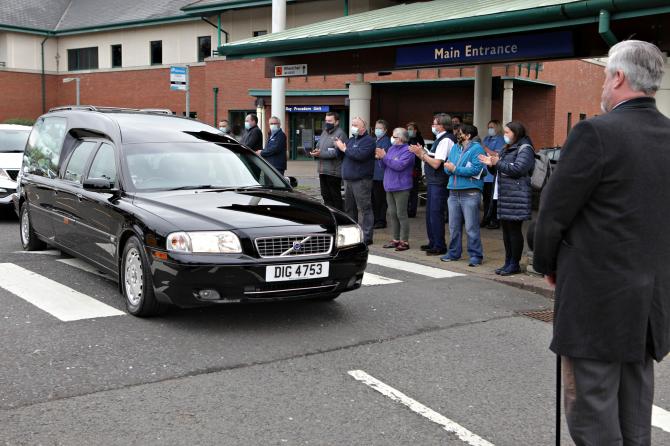 THERE were poignant scenes at the Causeway Hospital in Coleraine on Saturday as hundreds of people paid their last respects to popular nurse practitioner Paul Murray.

The 50-year-old father of one, who suffered from a heart condition, passed away on Tuesday, just hours after finishing his shift at the hospital he loved.

Following a family service at his home in Ballymoney, the funeral cortege made its way to Coleraine where it passed through the hospital grounds.

Staff members from across a number of departments lined the route, with many applauding as the hearse carrying Mr Murray's remains passed by.