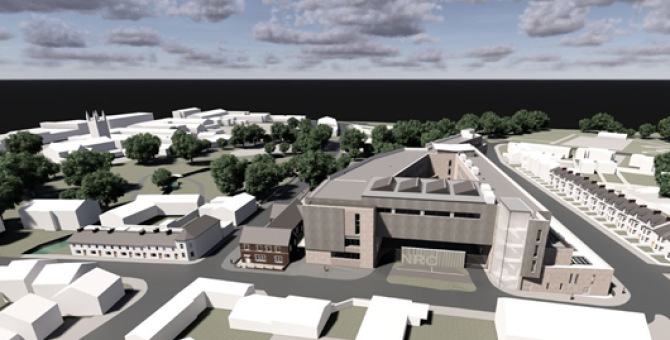 OVER 100 new construction jobs will be created when work starts on the £40m rebuild of Coleraine's further education college.

News of the major boost to the town's economy was revealed by Economy Minster Diane Dodds last week as she announced the appointment of the lead contractor for the Union Street project.

Work has already begun, securing the site ahead of demolition.

Staff and students have been temporarily relocated to buildings formerly occupied by St Joseph's College in Beresford Avenue.