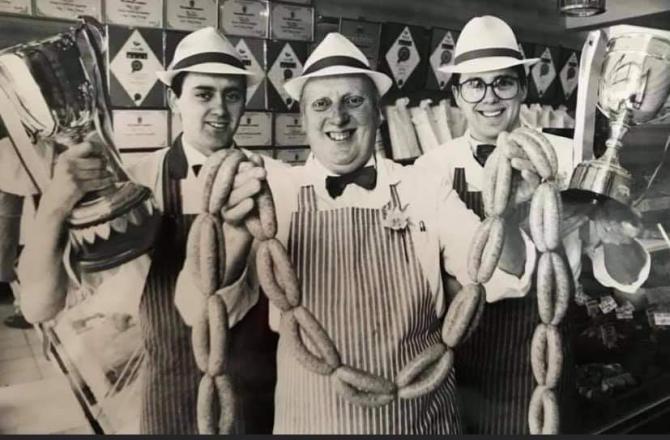 A FRESH sea breeze swept through the seaside town of Portstewart on Thursday as many gathered to pay their respects to a “hard-working” family-man, the late James Ewart Toms.

News emerged last Monday that the local butcher had passed away following a lengthy period of ill-health.

Ewart, as he was better known, departed this earth peacefully with wife Hazel and daughter Janet by his side during the early hours of Monday, November 16 at Ratheane Nursing Home in Coleraine.

Many local people were made aware of Ewart's passing after a post on the family business's social media page emerged last Monday morning, just hours after the founder of J. E. Toms and Sons butchers on The Promenade in Portstewart had passed on.