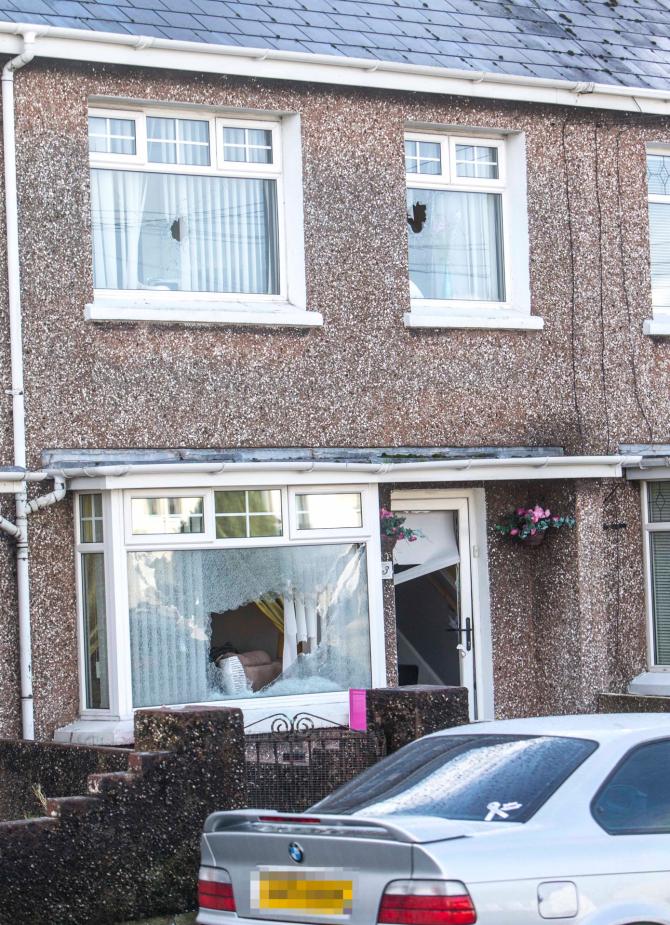 The aftermath of the shooting at the Bushmills Road house. The occupant is understood to be recovering from her injuries.

POLICE have released CCTV footage of three men they believe are responsible for the shooting of 61-year-old Coleraine woman.

The development came just days after the announcement of a £10,000 reward for information leading to their conviction.

The victim was left fighting for her life when shots were fired at her Bushmills Road home on Monday, October 5.

She had been sleeping in a chair downstairs due to various health problems when she was hit in the head by one of the many bullets fired by a gang of three men.