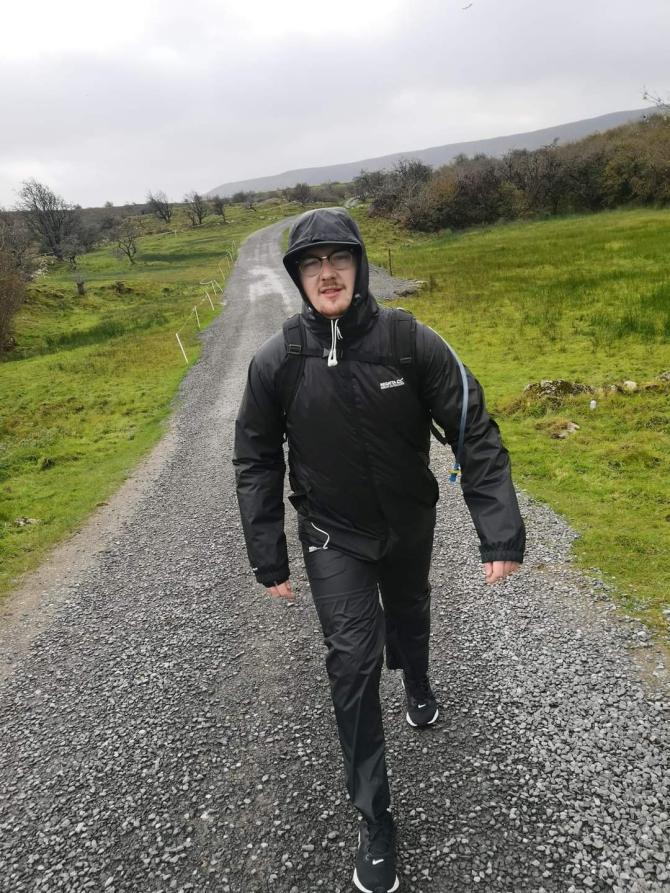 Prepared for the elements, Dylan Kneeland pictured during his recent charity walk at Cuilcagh Boardwalk in County Fermanagh.

A CARING Coleraine man has raised over £1000 for a cause close to his heart by completing a mammoth hike of over 30 miles along the famous Cuilcagh Boardwalk Trail in County Fermanagh.

Twenty-five-year-old Dylan Kneeland braved the elements of Storm Aiden and the added factor of Halloween on Saturday, October 31.

The local man walked over 30 miles along the ‘Stairway to Heaven’ in an attempt to reach his goal.

To put it into context, Dylan’s achievement is the equivalent of walking approximately four circuits of the grueling course all in an attempt to raise some awareness and vital funds for PIPS Belfast, a charity which provides vital support for individuals that have considered ending their own life.