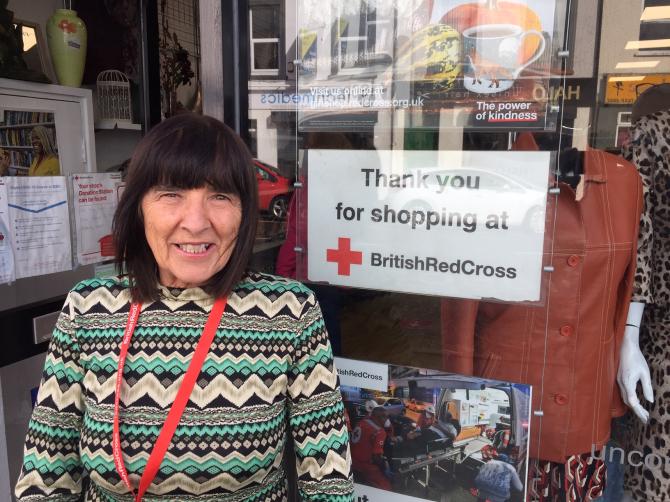 Kate Irwin is retiring from her role as manager of the Red Cross shop on Railway Road.

THE Red Cross has paid tribute to a charity worker who is retiring after almost three decades of service.

Castlerock woman Kate Irwin has managed the charity's shop in Coleraine since 1993.

She steps down form the role later this month and, having taken the business from “strength to strength,” her bosses in Belfast have nothing but praise for her efforts over the last 28 years.

“We could not be prouder of Kate and her achievements over the last 28 years,” said Tracey Pickering, Red Cross retail manager.