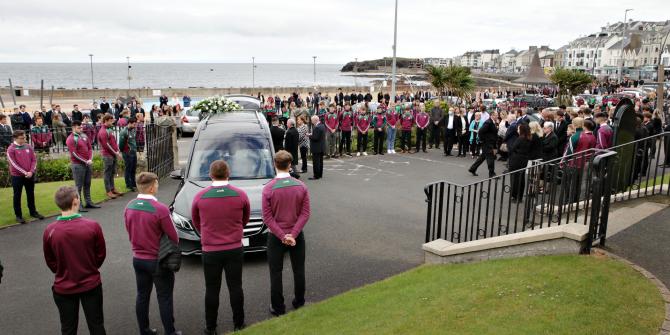 Eoghan Rua club colleagues provide a guard of honour outside St. Mary’s Star of the Sea on Thursday morning. WK30KC108

THE town of Portstewart came to a standstill on Thursday morning for the funeral of talented young GAA player Michael McQuillan.

Friends and family gathered to pay their last respects to the popular 23-year-old at his requiem mass in St. Mary’s Star of the Sea church.

Originally from Belfast, Michael (below) was a member of the Eoghan Rua club with whom he was a noted hurler. Team-mates and club officials formed a guard of honour as his remains were carried into the church.