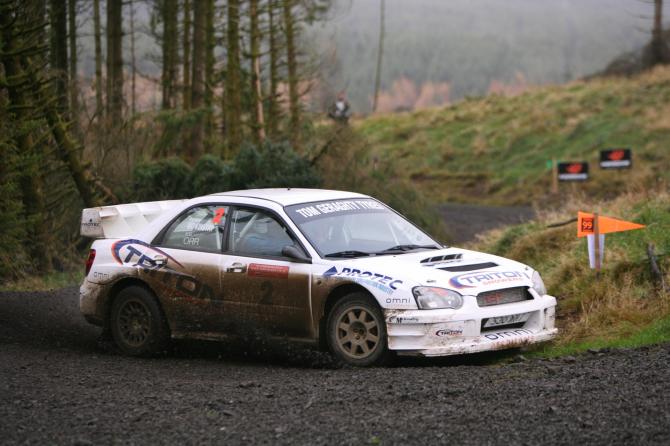 Saturday's event was the final round of N.I Championship. Pic: Roy Dempster

SATURDAY'S Glens of Antrim Rally will not be going ahead as planned because of a shortfall in paid for entries.

Organisers from Mid Antrim Motor Club have told Chronicle Sport they were not prepared to take a financial hit.

Stephen Wright has since been confirmed as the 2019 Northern Ireland Rally champion, ending Derek McGarrity's hopes of securing a record ninth drivers' title.

Giving his reaction to the announcement, McGarrity said: "It's an absolute joke. What annoys me is that they do not seem to think of the competitor when making these decisions. Serious questions need to be asked."

A Mid Antrim Motor Club bulletin circulated amongst competitors read: "Unfortunately the Glens of Antrim Rally 2019 on Saturday, November 9, has been cancelled.

"The decision has been taken due to the fact that a minimum number of entries had been received but not all had been paid.

"These two factors combined made the event financially unviable," it added.