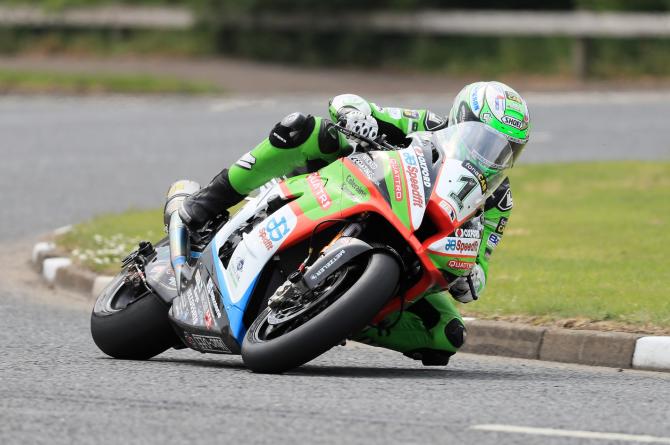 The winner of the last three big bike races around the 8.9-mile Triangle circuit lapped in a time of 4min 21.767sec - just over three tenths of a second faster than Michael Dunlop’s outright lap record which has stood since 2016.

The pole position rounded off a good day for the Carrickfergus man who also qualified on the front row for the Superstock and Supertwins races on the Quattro Plant and KTS Racing Kawasakis.

"It's only pole but it's important,’ said Irwin, who bounced back in the best possible way following a poor opening qualifying session on Tuesday.

"I was down in the dumps and in tears on Tuesday night. I haven't been myself and didn’t want to be here but I came with a different attitude today."

Irwin had been helped on his ride to pole by Dean Harrison who circulated just in front of the Quattro Plant machine on his similar Silicone Kawasaki. Harrison also dipped under the existing lap record time before finishing 0.206 seconds behind Irwin.

Alastair Seeley completed the front row of the grid on the PBM/Be Wiser Ducati V4RR just 0.071 seconds behind Harrison.

John McGuinness could only muster the twenty second best time on the Norton in his, and the bike manufacturer's, North West comeback. The Morecambe man lapped three seconds faster than he had on Tuesday on the Norton SG8 but only completed one lap before stopping retiring.