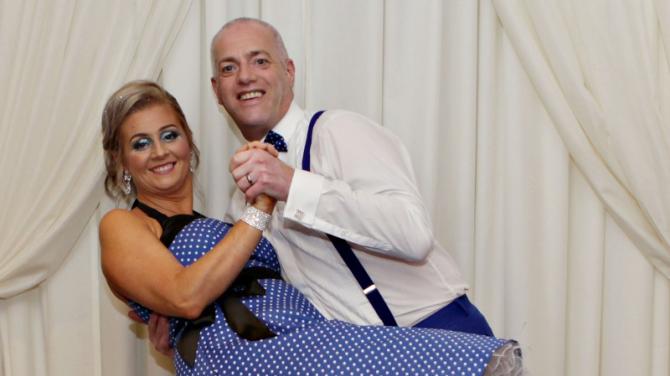 ORGANISERS of the recent Strictly Come Dancing at The Movies night say they are overwhelmed by the support they have received.

Over 350 people packed into Coleraine’s Lodge Hotel earlier this month for the charity fundraising event.

And Samantha Taggart, whose idea it was, admits she could never have imagined how successful the evening would be.

“Never in our wildest dreams did we think it was going to be the success it was,” said Samantha.

“I was hoping to raise around £5,000 from the event but that was well and truly blown out of the water.

“Then Colin McKendry, Coleraine Football Club chairman, announced that the club would donate an extra £1,000 to our total which was amazing," she added.