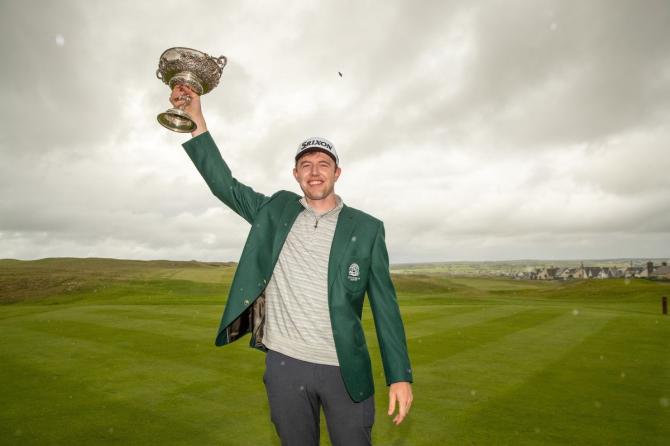 The Royal Dublin golfer is the first player since Darren Clarke in 1990 to win both titles in the same year.

In Bray, Kanturk’s Mairead Martin won the Leinster Women’s Championship defeating Ellen O’Shaughnessy in the Final. Katie Poots was defeated by O’Shaughnessy in the Semi-Finals, but earned enough points from the final event to overtake Beth Coulter and win the Women’s Bridgestone Tour.

Galgorm Castle’s Joshua Hill won the final event of the month, earning a one-shot victory at the Mullingar Scratch Cup.

Foley, Hill, Martin and Poots make up the nominees for the July Bridgestone Player of the Month. Voting will open on Golf Ireland’s Twitter page at 1pm on Tuesday afternoon, and will close at 5pm on Sunday evening.

The winner will join Olivia Lucas, Aideen Walsh and Beth Coulter in the Bridgestone Roll of Honour for 2022.