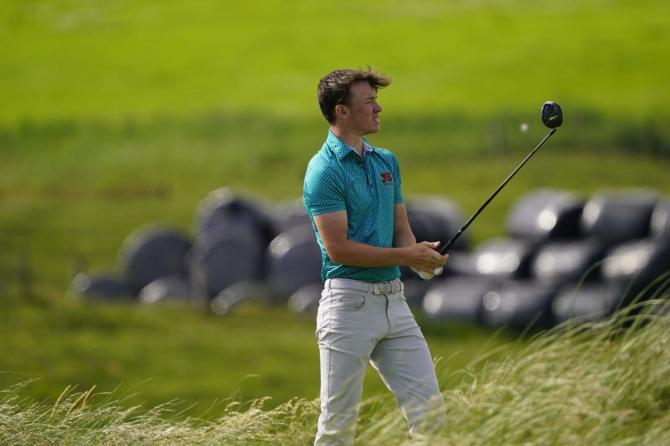 Joshua Hill is the leading qualifier at the Pierse Motors sponsored South of Ireland Championship, after shooting a terrific 62 at Lahinch.

The Galgorm Castle golfer had 11 birdies and a solitary bogey in his second round to top the leaderboard on -12.

Reigning champion TJ Ford has Hill’s nearest challenger on -10. The Co. Sligo international had a bogey-free round of 64 that included eight birdies.

Elm Park’s Charlie Denvir finished Qualifying in third place on -9. He matched Ford’s 64, but included two eagles in his round.

Jordan Hood began the day at the top of the leaderboard with Knightly, but a 73 saw him slip to T8 on -4.

Despite opening rounds of 75 or higher, Forrest Little’s Jack McDonnell, Shane Hogan (The Heritage) and Carton House’s Jack Doherty all produced brilliant second rounds to jump at least 55 places up the leaderboard and comfortably qualify for the top-64.

The cut line fell at +2, with four of the six players on that score advancing.

Galgorm's Jordan Hood is o  four under with Royal Portrush's Jack Madden on three under.

Round 1 of the Championship sees some mouth-watering matchups, with Alan Fahy meeting Liam Nolan in a repeat of this year’s West of Ireland Championship Final. Ireland teammates Peter O’Keeffe and Marc Boucher also meet in the morning’s matches.