Knightly and Hood lead at the South of Ireland Championship 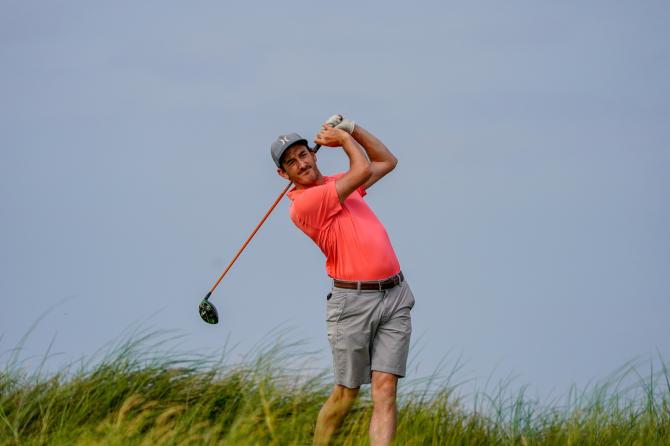 GALGORM Castle golfer Jordan Hood and Richard Knightly lead on -5 after the opening day of the Pierse Motors sponsored South of Ireland Championship.

The duo lead by one shot at the end of the opening day in Lahinch, where only 30 players ended the day under par.

Hood held the clubhouse lead for the majority of the day, after starting is round in the second group of the morning.

He had eight birdies and three bogeys in an impressive round.

Knightly's card was cleaner, with six birdies and a solitary bogey. The Royal Dublin golfer only bogeyed the 11th in an assured display.

A group of five lie on -3. North of Ireland champion Hugh Foley has continued his impressive form. He is joined in a tie for fifth by David Kitt (Athenry), Jake Foley (Elm Park), Joshua Robinson (Lisburn) and Lahinch's Stephen Loftus.

The players will play their second rounds on Thursday, with the top 64 advancing to the Match Play stages on Friday morning.