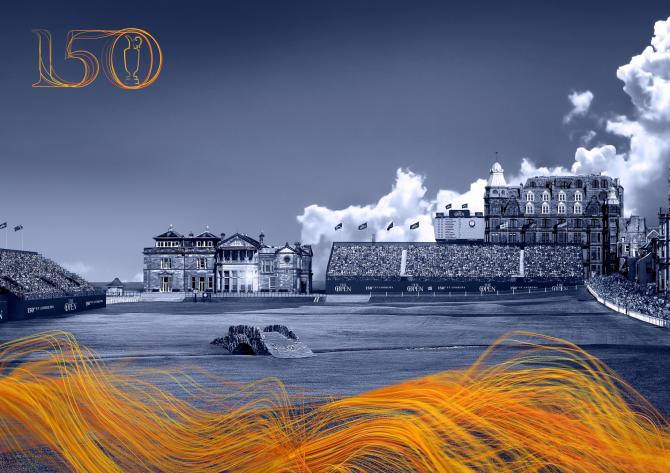 THE R&A has announced the countdown to The 150th Open with the launch of a special commemorative brand and the introduction of a ticket ballot to ensure the most equitable ticket sales process possible.

First played in 1860, The Open has been graced by golf’s greatest champions including Tom Morris, the grandfather of golf, Bobby Jones, Arnold Palmer, Jack Nicklaus, Gary Player, Tom Watson, Seve Ballesteros, Sir Nick Faldo and Tiger Woods, and will mark its 150th playing with a true celebration of the sport at the Home of Golf from July 10-17 2022.

With the extremely high levels of demand to attend this historic championship, the introduction of a ballot for tickets is deemed the fairest and most equitable way of ensuring golf fans from around the world have the chance to secure their place at the world-renowned Old Course next July. Hospitality for the event has been on sale since last year, with 85% of packages already sold.

The ticket ballot will run from Thursday 1 July 2021 to Monday 4 October 2021 giving as many fans as possible the opportunity to register for tickets.

A balance of allocations will ensure every generation of fan, from all over the world, as well as throughout the UK and the local area, will be able to attend the celebrations in St Andrews next July.

Martin Slumbers, Chief Executive of The R&A, said: “This is a momentous occasion for golf as well as The Open and one which sports fans everywhere are looking forward to enormously. The 150th Open will give fans the opportunity to be part of a unique and unparalleled celebration at the birthplace of the game in St Andrews.

“We expect exceptional demand to be part of these celebrations and the ballot will give as many fans as possible the chance to secure a ticket and be part of history being made at one of the world’s most revered and renowned sporting events.”

The new 150th commemorative brand will be displayed across a campaign of content and activations that will run throughout the next 14 months until the conclusion of next year’s Championship at St Andrews.

The focus of the campaign will be the remarkable journey of The Open and its enduring impact on players, fans and the sport of golf itself since it was first staged back in 1860.

The 150th logo is made up of individual threads that each represent the millions of journeys connected to the Championship.

From the greats of the game, to the hundreds of millions of golfers who have played the game since 1860, to the vast array of championships that take place in the global golfing calendar, the journey of our sport is intimately linked to the pioneers who started The Open to identify the Champion Golfer of the Year more than a century-and-a-half ago.

The threads will be prominently used in imagery throughout the build-up to The 150th Open, emphasising the campaign’s central message that ‘everything has led to this’ as we count down to what promises to be a truly unforgettable occasion.

Ticket prices for The 150th Open will be £95 for an adult on Championship days and will range from £20 to £50 on practice days.

The R&A is fully committed to encouraging more children and young people to attend The Open and free tickets will be available to children through the successful and long-running 'Kids go Free' programme, while half-price youth tickets are available for 16-24 year-olds.

In order to give as many people as possible the chance to attend the Championship, weekly tickets are being discontinued.

The ticket ballot will be available exclusively to members of The One Club, the free-to-join membership programme. Fans can sign up to The One Club any time at www.TheOpen.com and will be among the first to be notified when the ballot is open.